Making changes for the wrong reasons can hurt performance

Should you make changes because of market volatility? Volatile markets can and WILL happen as part of normal market cycles, so it's important you work with a financial advisor who understands your risk tolerance and desire to protect and preserve wealth.

THE MOST IMPORTANT QUESTION: DO YOU THINK THE STOCK MARKET WILL RECOVER?

The editors of Business Week once thought the answer was a resounding, “No.” On August 13, 1979, the cover of the magazine declared: The Death of Equities: How Inflation Is Destroying the Stock Market.1 The S&P 500 Index closed at 107 that day. As it turned out, they were wrong, and equities weren’t dead. The value of the S&P 500 Index rose significantly over the next few decades.2

Over the last 50 years, there have been other events that caused investors to think the worst. For example:

• Black Monday. At the end of trading on October 19, 1987, stock markets around the world had experienced the biggest one-day decline in history, according to the Federal Reserve. The Dow Jones Industrial Average lost 22.6 percent that day and finished at 1,739. (The Dow had gained 44 percent during the previous seven months.)3, 4

• The Dotcom Bubble. In the 1990s, everyone wanted to participate in the commercialization of the internet by investing in technology companies – even those that weren’t profitable. A speculative bubble formed and popped, reported Adam Hayes of Investopedia. The Nasdaq Composite Index lost almost 77 percent from March 2000 to October 2002, when the Index moved up from a low of 1,114.4, 8

• The Housing Market Crash. The subprime mortgage market grew fast in the early 2000s, following a change in regulations. Lower-quality mortgages were often included in mortgage-backed securities. When home prices fell, borrowers defaulted, and financial markets were disrupted, reported Paul Kosakowski of Investopedia.7 The S&P 500 fell from 1,565 in October 2007 to about 1,276 in March 2008.2

The weight of evidence accumulated over time supports the idea that holding a well-allocated and diversified portfolio focused on your financial goals is a sound choice. During periods of volatility, like this one, stay focused on your long-term goals.

*Past performance is no guarantee of future results.

6 Things to Remember When Markets Fall

It can be unsettling when your portfolio and the markets start heading into the red. Here are six investing basics to keep in mind during volatile times.

Over Time, Markets Have Proved Positive and Resilient

When markets react, consider a broader historical perspective before changing your financial course.

How To Help Mitigate The Negative Impacts Of Market Swings

Review how to better prepare your portfolio for a downturn -  and how to potentially take advantage of one when it occurs.

Market downturns are uncomfortable, but not unfamiliar

Note: The modern design of the S&P 500 stock index was first launched in 1957. Performance prior to 1957 incorporates the performance of the predecessor index, the S&P 90.

Cornerstone's Investment Committee works to mitigate the negative impacts of market swings in your portfolio.

Typically, the most successful investors think and act for the long-term

This chart shows that missing out on just the 5 best days of the market nearly cuts overall return in half. 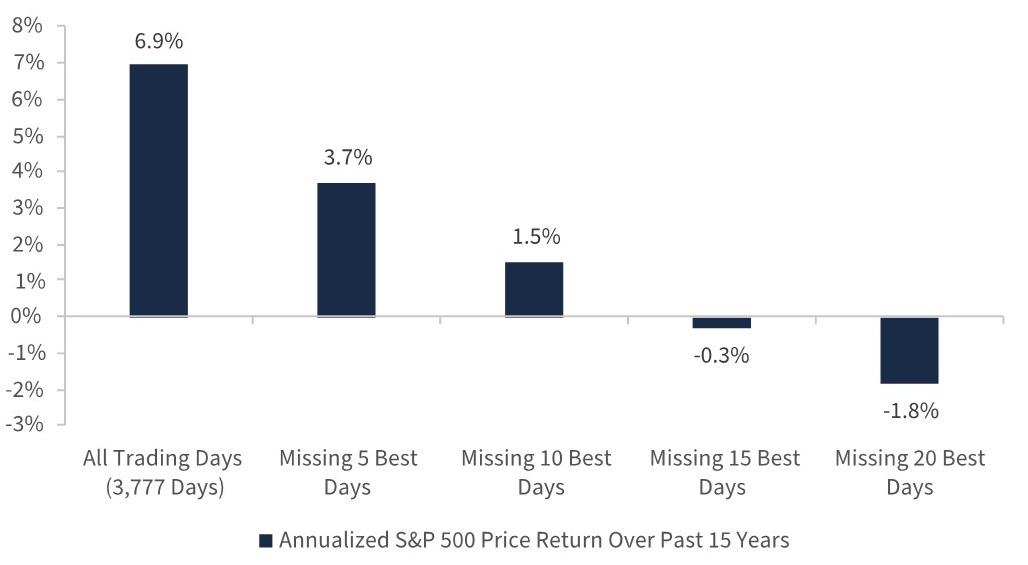 As of 12/31/20. Source: Raymond James Investment Strategy research. This example is for illustrative purposes only and is not indicative of the performance of any investment. It does not reflect the impact of taxes, management fees, or sales charges. The S&P is a weighted, unmanaged index composed of 500 stocks believed to be a broad indicator of stock price movements. Investors cannot buy or invest directly in market indexes or averages.Past performance is no guarantee of future results. Dollar-cost averaging does not assure a profit and does not protect against loss. It involves continuous investment regardless of fluctuating price levels of such securities. Investors should consider their financial ability to continue purchases through periods of low price levels.

Do you wonder if your assets could be invested or protected better than they are now?

Do you meet with your advisor regularly to review your financial plan, investments, tax strategies, estate plan, risk exposure, and retirement plan?

Regular communication allows us to make adjustments for things like unexpected expenses, a health decline, or changes in your priorities, goals, or tolerance for risk. We meet with clients at least once each year, and more frequently based on the complexity of their situation.

This content is developed from sources believed to be providing accurate information. This content is for general information only and is not intended to provide specific advice, an endorsement, or recommendations for any individual. Past performance is no guarantee of future results. All indices are unmanaged and may not be invested into directly. Investing involves risk, including possible loss of principal. No strategy assures success or protects against loss. To determine what is appropriate for you, consult a qualified professional.